Who Controls the Economy? 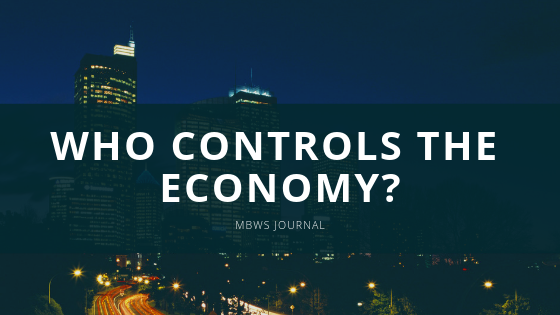 teach an 11th grade business law class, though it’s not a subject I’m particularly passionate about I love teaching it because the freedom that I have and the wide range of topics we can dive into. Every morning we have an “opening” to get class started, and it’s one of the most challenging parts of my day. Simply because each morning I aim to truly make my students critically think by asking them a very deep question.

Well, last week we were going over trading stocks so it only felt right that the question be about the economy. So there it is, how this question came about.

“Who controls the economy?”

They raised their hands, “Rich people” “white people” “the government” “banks” “businesses” “consumers” and a plethora of other answers. I let them yell out all their answers before I asked them, “Not African-Americans?”

You should have seen the looks on their faces lol, they shot me down so quick “NOO Ms.Johnson, we don’t control anything. We don’t even support each other!”

The statement my student made was partially true, yes, we don’t support each other. However, we(African-Americans) have way more control than we think. Because we don’t support each other and shop within our own community, that means we spend money with every other race/community. Don’t get me wrong there’s a movement going on and black love and support is on the rise, even with that being said African-Americans only make up about 13% of the Entrepreneurial community. So ultimately, we’re paying others.

Now if you scroll back up, you’ll see that one of my students answered “Consumers” to our question. And that is the correct answer, consumers control the economy. Consumers control what items are sold, what price and the quantity in which they’re sold.

Simple concept right? Sure it is, 3 years ago I ordered 3 pairs of Champion sweatpants from an online store for a total of $30.00… that’s $10 a pair. That was the retail price for Champion sweats then. I was in the mall last week and saw an identical pair hanging up for $29.99… the same price I paid for 3 pairs, is now the price for 1 pair. Why? Because that’s what consumers say its worth, since that’s what we’re willing to pay. 3 years ago consumers were saying that Champion wasn’t worth more than $10.00 so that’s what it was priced at. See how the consumer control works? We cause prices to rise and fall; I hope it makes sense, because here’s where we attach the African-American dollar to this.

Okay boom, so far we’ve established that African-Americans tend to spend outside of our community and that consumers controls the economy. Cool cool, so if we(African-Americans) don’t spend within our community and 1 USD only makes it about 6-hours within our hands, that means what? That we’re rapidly and consistently consuming… and those who consume do what? ….. control our economy!

So if African-Americans consume the most, that would mean that we have the most control of the economy. Take a look at history, the Montgomery Bus boycotts to be exact. Ms.Rosa Parks, Martin Luther King JR. and the NAACP came together to boycott the bus system. The boycott lasted for 381 days, the local government was so upset they fined taxis, threatened everyone involved and even fined and bombed Dr.Kings house! That’s how powerful our money is!! Eventually the rule was lifted and African Americans were allowed to sit wherever we pleased on the bus, because the loss of our dollar was so impactful it was crippling the Montgomery economy.

The beautiful part is the fact that those dollars are still VERY powerful.. maybe even stronger now. I just wish we’d realize it..